Hoodies – Make a Fashion Statement at Any Age 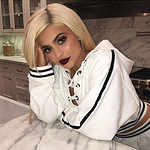 Hooded sweatshirts, often referred to as “hoodies” now hold a permanent place in fashion. The hoodie was a piece of clothing that started out primarily as workout wear. Now you can find hoodies made by famous clothing designers and ranging in price as high as the hundreds of dollars for some designs. Why has the hoodie become so popular? Let’s take a look at who wears them the most.

The hoodie is definitely geared toward the younger generation. The urban clothing industry is definitely in the lead for the creation and marketing of hoodies. The trend can be traced back to rappers who wore them as a way of looking sinister. Now the trend has taken off and any urban clothing enthusiast would have at least one hoodie in their wardrobe.

Hoodies are no longer just popular for males. Clothing designers have created hoodies that fit the frame of young women as well. They do not fit large and bulky the way most men prefer their hoodies. Hoodies for women are made to fit a woman’s frame to still accentuate her figure. The urban look of the hoodie compliments both men and women when wearing a cool pair of jeans and some fly kicks.

The hoodie is not limited just to the urban clothing scene. Surfers and skateboarders are big fans of the hoodie as well. It is not uncommon to see both surfers and skateboarders sporting their favorite brand of hoodies on the beach or at the skate park.  Not only are hoodies creating a fashion statement, but they are practical for a surfer who is attempting to stay warm after catching some early morning waves.

Hoodies will also always remain popular among the college crowd. There isn’t a university that you can visit that doesn’t proudly display their college name on a hooded sweatshirt. It is like an unwritten law for college students to own at least one college hoodie.

Some people may find it insane to pay such expensive prices for a hooded sweatshirt. However, you are not only getting a unique design, you are also getting a hoodie made from quality material. These hoodies are not going to fade or lose their stitching after a couple of washes. Hoodies are also no longer just for the young crowd. Men, women, and children of all ages should feel comfortable wearing a stylish hoodie. They are such common pieces of clothing, that you would fit in just fine owning a few of them yourself. Designers create their hoodies in all sizes so finding one for any age group is relatively easy.

If you are worried about paying retail prices, think again. Many major department stores carry top brand hoodies and offer them at sale prices. You just have to be on the lookout for sale days. Even better deals can be found at online stores that specialize in urban clothing. Stay in style and comfort by adding a hoodie or two to your wardrobe.